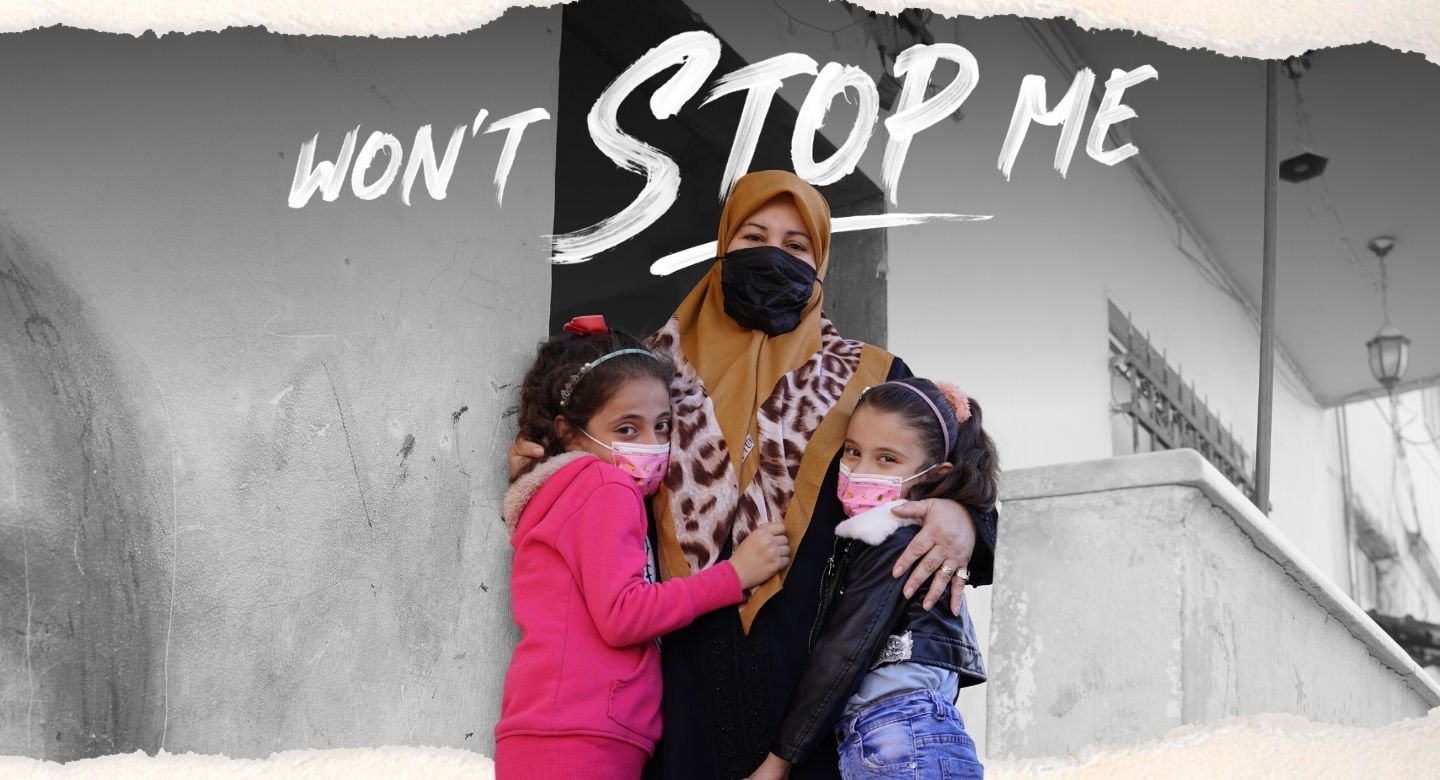 “The war had uprooted my family.”

Fatima’s house rings with laughter. She’s in the living room with her granddaughters. They're sitting around with pads of paper and pencil crayons, drawing pictures and telling jokes. Drawing together gives Fatima and her granddaughters the chance to catch up with each other and talk about how they’re feeling that day. Games and creative play are one of the things that have kept the family’s bond strong as they face the challenges of being refugees.

Fatima’s family is one of the millions that have been profoundly affected by the Syrian Civil War. Originally from Syria, Fatima has been living in Jordan for more than nine years. For seven of them, she has been the primary caregiver to her son’s two daughters while he earns money for the family working in Syria.

“The war had uprooted my family. The life of a refugee had broken my son’s family, and the pandemic had worsened life for my granddaughters," Fatima says 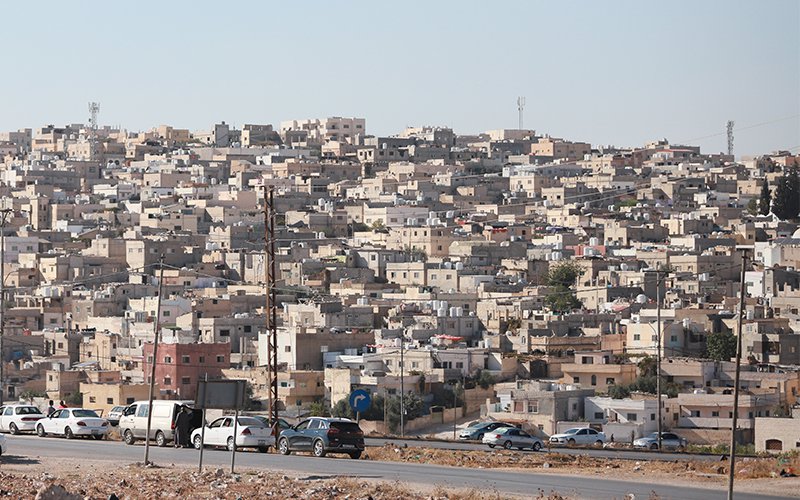 Jordan hosts more than 1.3 million Syrian refugees like Fatima and her family. The country has the second highest proportion of refugees in the world – one in three people in Jordan is a refugee.

“I didn’t want them to have hard feelings towards me for not being their mom.”

Fatima’s granddaughters are seven and nine years old. They speak to their father once a week on the phone, but Fatima is their primary caregiver.

When the pandemic started, school closures, and lockdowns added to the family’s challenges. The girls became more distant. Fatima was worried that they were withdrawing into themselves and starting to resent their father and her. She worried about the long-term effects on the girls of losing their connections to their remaining family in Jordan and Syria.

“I didn’t want them to grow hard feelings towards me for not being their mom,” Fatima says. 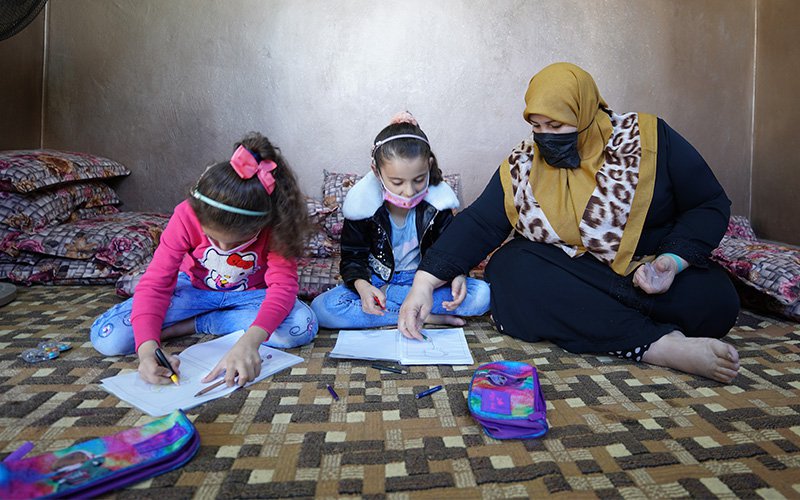 Fatima has been raising her granddaughters since shortly after they were born. When the pandemic started, the girls retreated inside themselves. Fatima knew she had to find a way to reconnect with them.

“I couldn’t afford to lose my granddaughters as well.”

Fatima was one of a group of parents and caregivers invited to discuss the effects of the pandemic on children. The discussion was part of ACCESS, a Right To Play project in Jordan that promotes social cohesion in families and communities so they can better support vulnerable children. At the meeting, Fatima shared her concerns and fears with the other attendees.

“I couldn’t afford to lose my granddaughters as well,” she says. After she voiced her fears at the meeting, Fatima was invited to join a series of workshops that would give her ideas for how she could make meaningful connections with her granddaughters through games and activities.

One of the ways Fatima learned about was to encourage the girls to express themselves through art. Drawing pictures together would help the girls learn to express their emotions rather than bottling them up. Talking together while drawing created an opening for the girls to communicate with Fatima about how they were feeling. 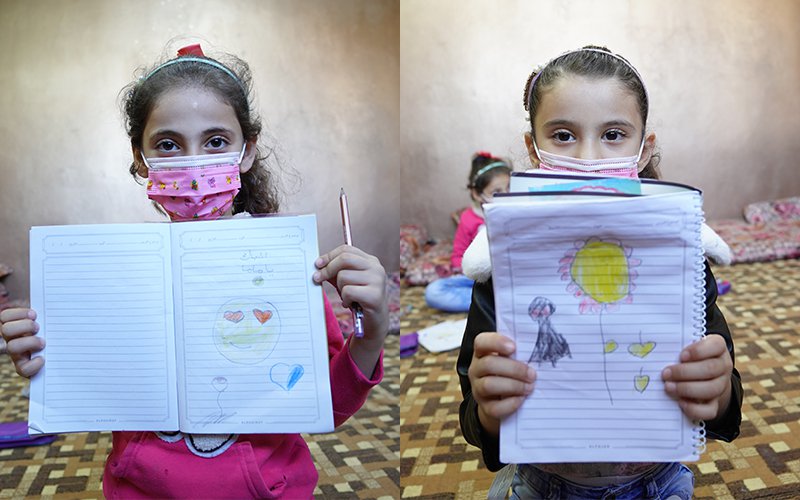 Fatima’s granddaughters show off pictures they drew with her. Activities like this help them learn to express their emotions and communicate with one another. Arts and games have brought the family together and helped them develop stronger bonds.

“These fears have disappeared.”

Since the workshops, Fatima and her granddaughters have started to draw and play together regularly. The girls love to draw pictures about things they’ve learned in school or how they are feeling — drawing helps them open up to Fatima. They’ve opened up to Fatima again, and she’s practicing her own communication skills with them. Their bond is growing stronger each day, and the girls are eager to talk to their father each week on the phone. The girls are more positive, more hopeful, and Fatima is no longer worried about losing them.

“After the workshops I felt more confident and hopeful about how to deal with them. The fears I had disappeared,” she says. 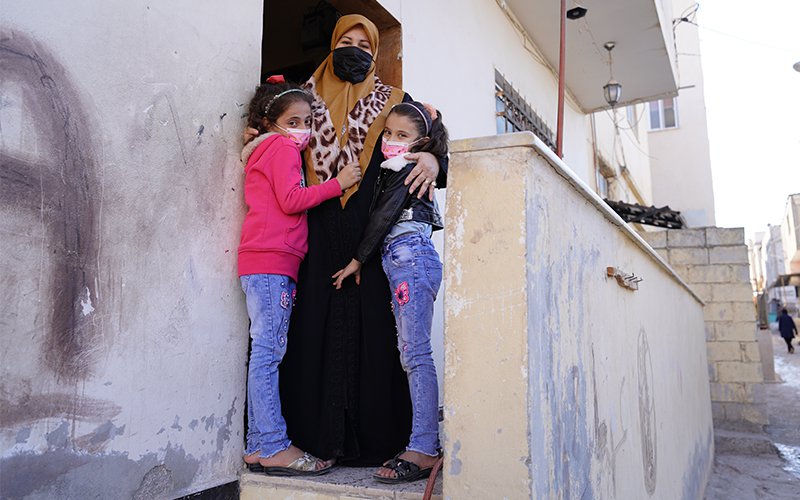 Fatima’s no longer worried about losing her granddaughters thanks to support from Right To Play that has brought the family together.

STAY CONNECTED TO KIDS IN JORDAN