When Fatima first joined Right To Play as a coach, she never dreamed about the opportunities it would open up. Travelling overseas to America, opening her own sports academy for girls, and most importantly, transforming how girls are treated in her rural village in Pakistan. Fatima’s accomplishments are the result of an incredible will to make the world a better place, one that has helped her overcome the barriers that others tried to place in her way.

Fatima grew up as one of ten siblings in Darvesh, a rural village 40 km from Thatta, Pakistan, the nearest city. Girls in Darvesh are valued mainly for their traditional roles as wives and mothers. Many ordinary activities, like going out in public alone, or playing sports, are seen as appropriate only for men to do. These attitudes contribute to the marginalization of women and girls. Many struggle to gain financial and personal independence from their families or husbands.

Things began to change when Right To Play started supporting teachers and coaches in the region around Thatta in 2014. Previously there had only been a few sporadic sports days organized locally, and most girls were discouraged from participating by their families and neighbours. The lack of opportunities to play meant most girls were isolated. They saw other children only in the classroom, and had few friends, and little positive reinforcement of their abilities. But with Right To Play’s support, the region’s primary and secondary schools began to offer regular sports programming for girls for the first time.

“My sister used to tell me to have big dreams, and that one day I would soar high in the air.” – Fatima, Right To Play alumna

Playing together taught the girls to believe in their own abilities, and to work together. The program was controversial in rural villages like Fatima’s, but it was highly popular with the girls themselves, and the longer it ran, the more girls wanted to participate. In 2015, coaches and the community rehabilitated an old football field in Thatta turning it into a safe space to host women and girls’ sports.

Fatima became involved with the program through her brother, who was already a coach in Thatta working with Right To Play In 2016 he convinced Fatima to join as a coach as well. Fatima was just 19. She had always wanted to play sports but had been discouraged by the social pressure. Now, she saw her chance to try it out and took it.

Right To Play worked with Fatima and other new to coaches to give them the skills, confidence, and leadership experience they need to support youth in the program. Fatima was grateful for the training And while her parents and siblings were supportive of her new role, her extended family and her neighbours were harshly critical. A local woman in her village used to stand in her doorway as Fatima walked to her job and hurl misogynistic insults at her, telling her that she was stupid and that teaching sports was wrong for a woman. Other family members reached out to her father and tried to shame him into making her quit.

“I wanted to prove everyone wrong.”

The support Fatima received helped her face insults but keep her confidence intact. She knew in her heart that what she was doing was important, not just for the girls but for her own growth and development. Each day, after passing through a battery of insults, she would arrive at her village’s school and see the girls in the program. They looked up to her as an inspiration, someone who was able to defy the same pressures they felt and follow her beliefs. After each session, the girls and Fatima discussed issues the girls were facing, like early marriage or difficulty with school, and help each other face them.

As Fatima became more confident, she started volunteering more with the program. She helped turn the occasional local sports days that schools had run previously into regular regional tournaments. Girls from different villages would gather in Thatta to play together and share ideas and inspiration with one another.

“Right To Play had instilled a sense of hope in these children. That day I truly realized the power of play and was so inspired by this work”

During a break in programming in 2017, Fatima toured the region around Thatta and her hometown with an evaluation team from Right To Play, helping them interview teachers and local officials about the changes they were seeing.

“People could not stop talking about how happy their children had become. In one particular village, there was a one-room school that looked like it didn’t have many resources, and due to construction taking place, the children were sitting outside in the sun studying….I assumed that because of their situation, sport and play would be least important for them, but as we talked I realized how enthusiastic and active they were. Despite their condition, Right To Play had instilled a sense of hope in these children. That day I truly realized the power of play and was so inspired by this work,” she recalls. 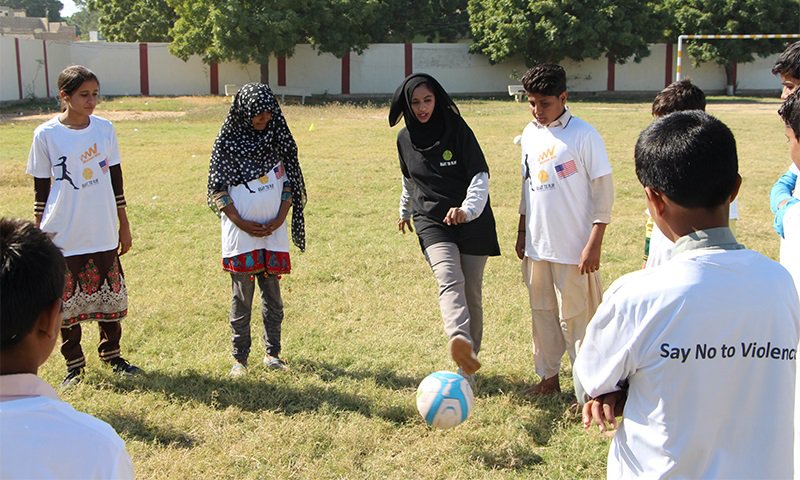 One day, Fatima got exciting news. Right To Play, along with the Women Win Foundation and the US Embassy in Pakistan, were selecting volunteers for an exchange trip to the United States. Fatima was one of the coaches they asked to join the trip. She would be the first member of her family to travel overseas to North America.

The trip was incredible. Fatima and the other coaches were part of a delegation who met with women coaches in the US who were addressing gender-based violence through sports. Fatima wasn’t just there to learn, however. She had become an expert herself and gave a presentation on how her program used sports to build girls’ abilities to advocate for their rights and dignity.

“Here I am today in front of you, just a village girl, all the way in America… I see around me that everyone has a struggle and a story…I hope you will visit me in Thatta, where I will show you my own football academy for girls,” she told the delegation.

Fatima came home from the trip energized. Right To Play’s work in the region was relocating as coaches and teachers completed training and were able to carry the program’s work forward on their own. In late 2019, Fatima decided to take over the program in her hometown. Equipped with confidence and knowledge of how to run a sports program for girls, she opened up her own local sports academy so girls could continue to benefit.

“You have brought me so much pride. Today I am known as Fatima’s father, rather than you as my daughter. And I would have it no other way.” – Fatima’s father

One of her biggest surprises came shortly after the academy opened. She was walking to it, past the house of the neighbour who used to insult her. The woman was standing in her doorway as always, but now she gestured for Fatima to come over and join her inside. The woman told Fatima that her husband had recently died, and she her daughters were struggling. The woman said that seeing Fatima’s courage and refusal to be troubled by her insults had changed her mind. Where once she had scorned Fatima for acting “like a man,” she now wanted her daughters to be like her.

This woman wasn’t the only person who had their mind changed. These days, fewer and fewer people harass Fatima about teaching sports to girls. Parents in her village talk about the change in their daughters with others, and people are impressed with these self-assured girls who are doing better in school, volunteering in the community, and speaking up for themselves proudly. Fatima and the other coaches are now praised rather than shamed for their work.

Fatima, reflecting on how things are changing for girls and women in her village, has just one thing to say: “I finally proved them wrong.” 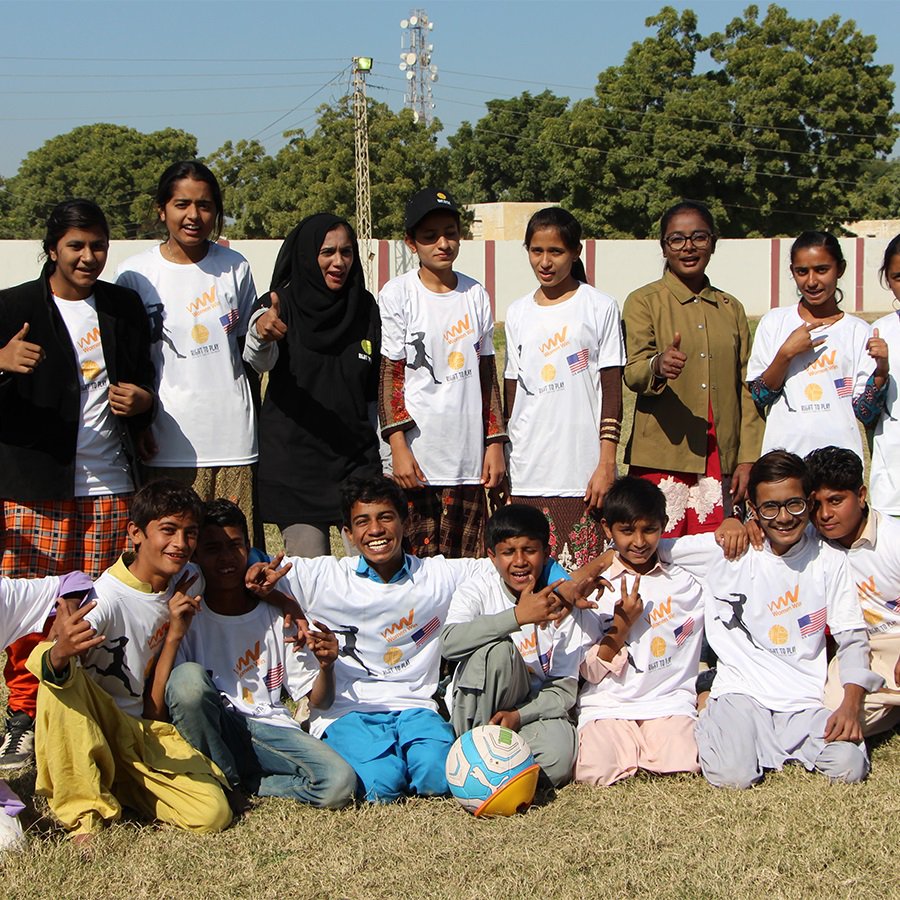 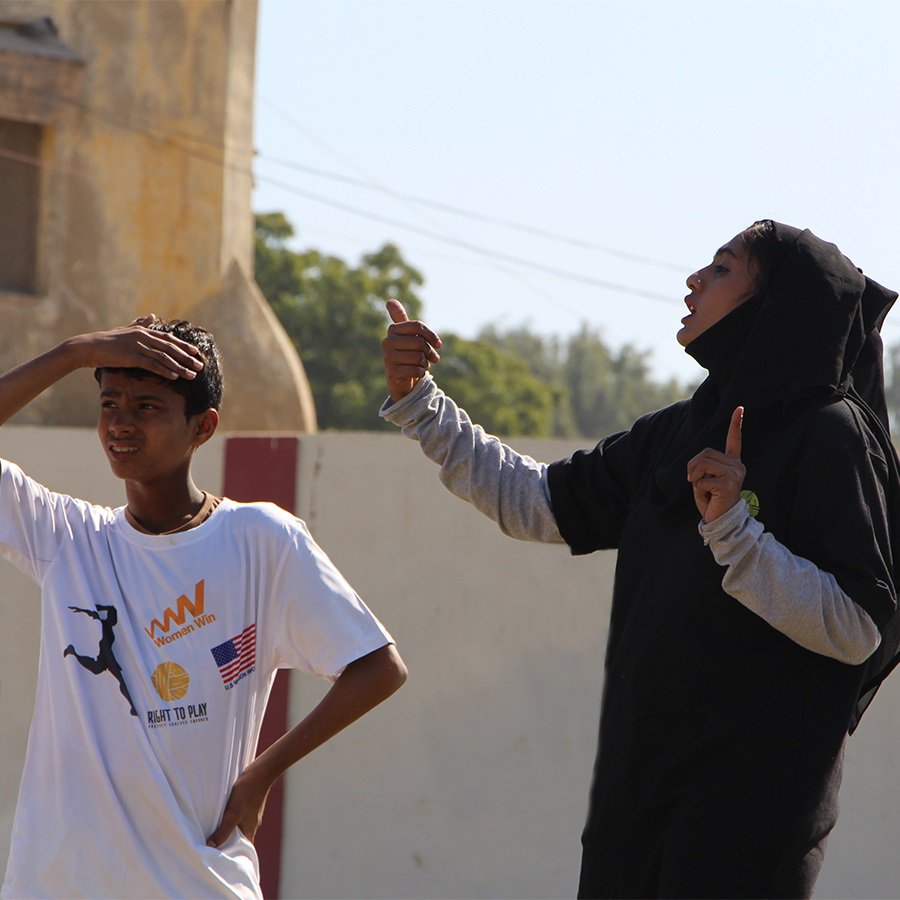 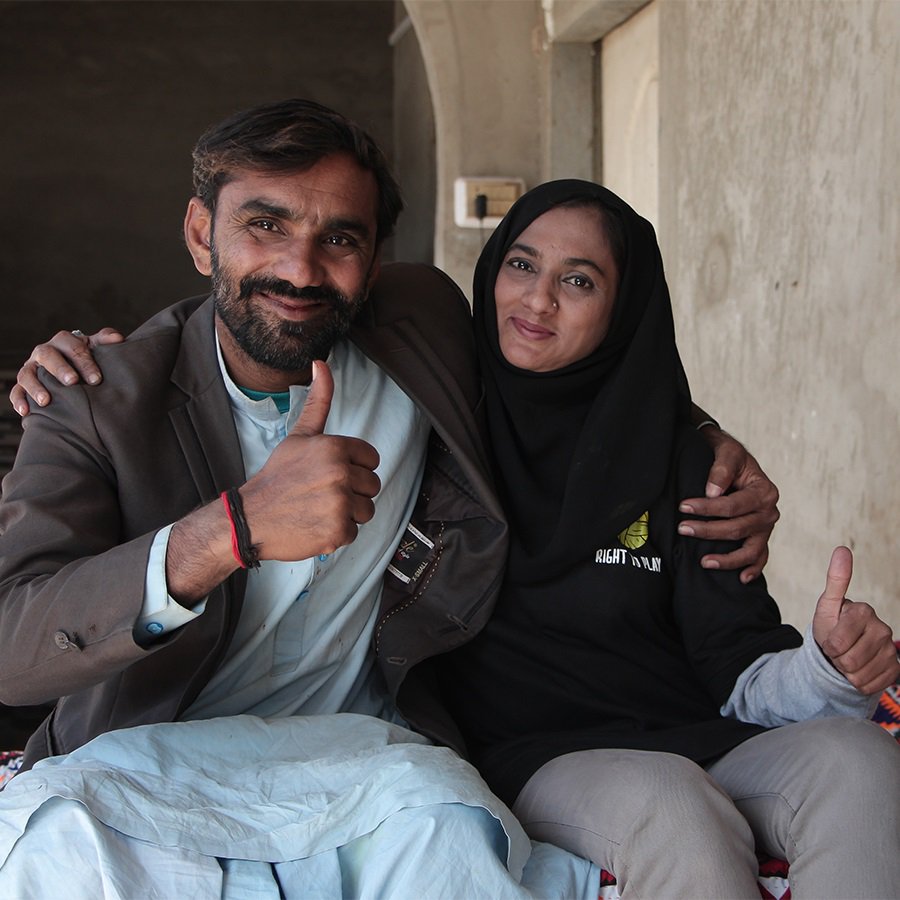 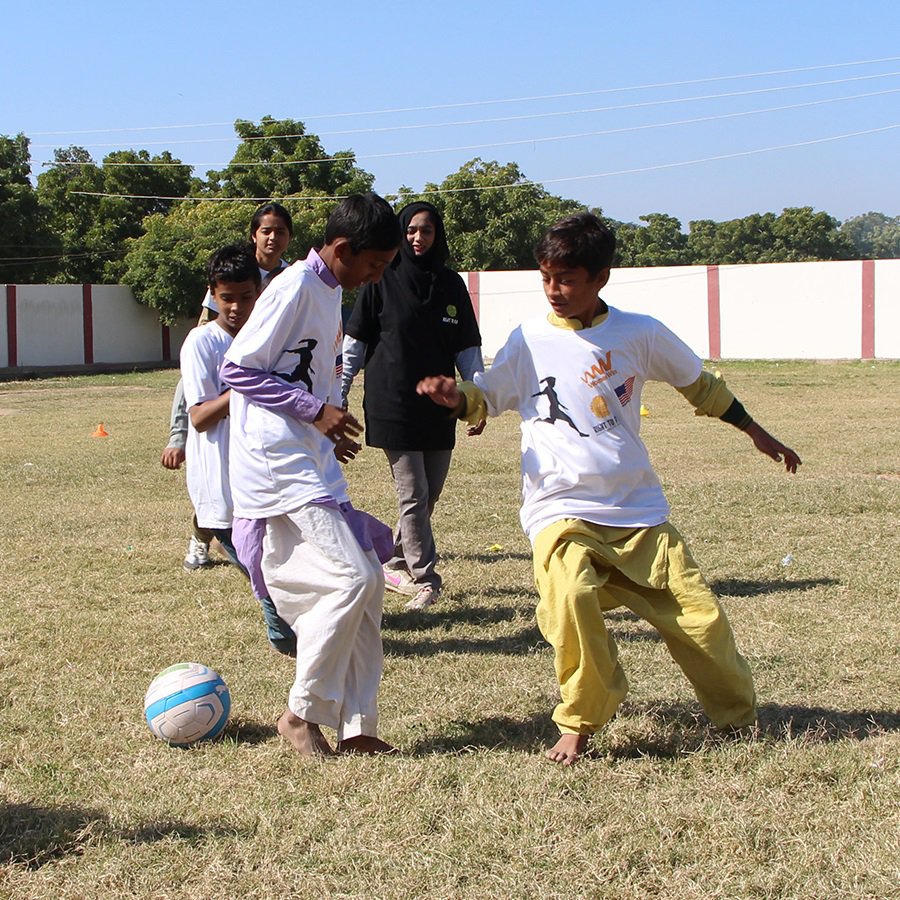